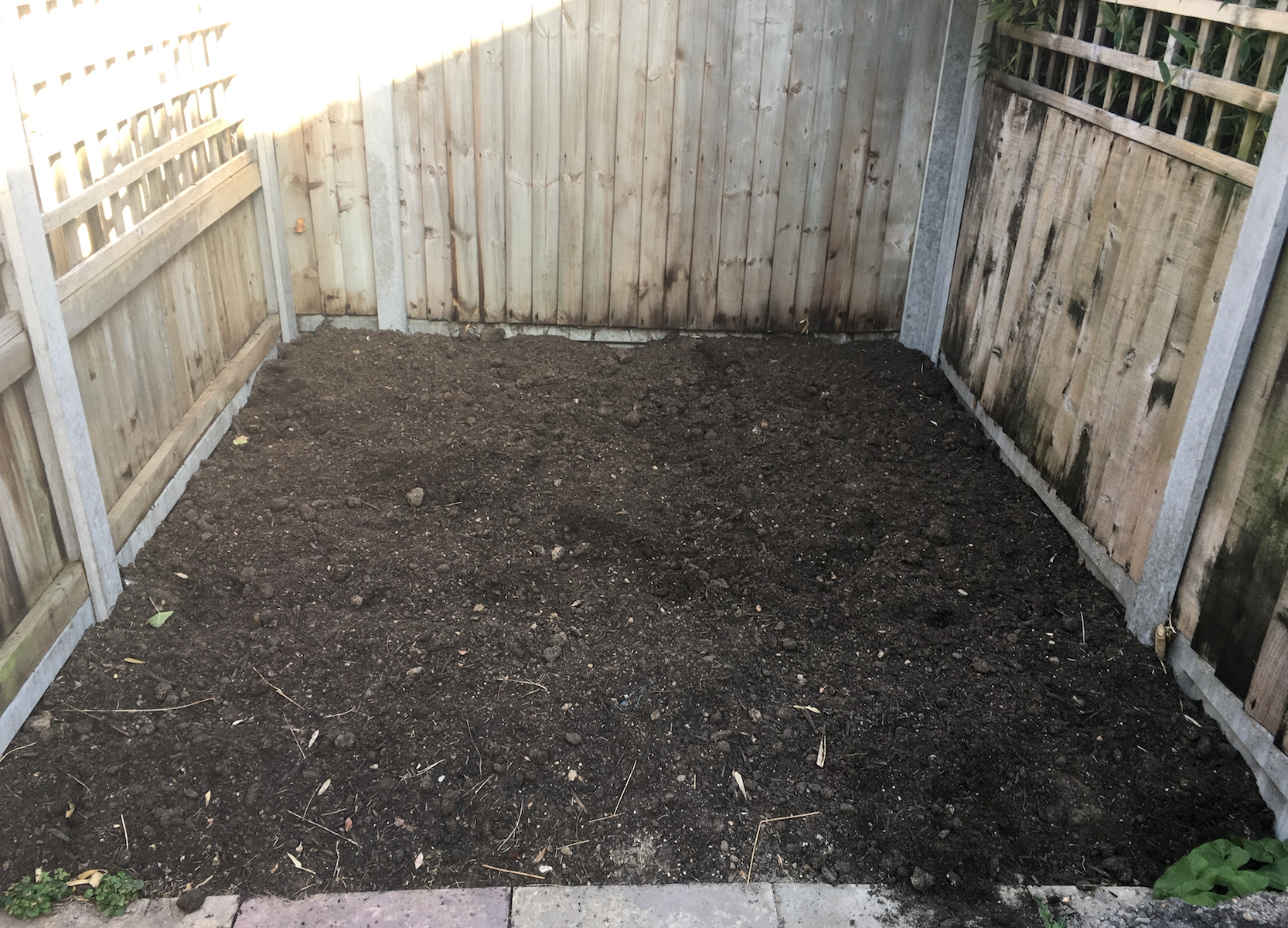 I can see my neighbour’s pussy out the window.

It’s strange quirk of the design of our house that our second bedroom – my office – overlooks not my garden, but her’s. So I’ve seen quite a bit of her pussy over the last couple of months.

Nothing says “welcome to the neighbourhood” quite like gazing bleary-eyed out the window at the crack of dawn and seeing your neighbour’s pussy staring back at you.

In fact, my neighbour and her partner  have two cats and they’re both completely delightful. One is black and white and the other is white and tabby.

There’s also a ginger puddah that ranges in from somewhere else and gambols about with the other two in what seems to be a playful frenzy but could, for all I know, be the cat version of what Christopher Brown used to do to me at school every afternoon while the teachers weren’t looking.

But enough about homophobic bullying and enough of the Mrs Slocombe act. Let’s talk shit.

I have a shit problem. Specifically, a cat shit problem. Regular readers will recall the great reaping of 2018, when I hacked a concrete slab to death with a mattock (US: pickaxe) after much prevarication, in order to create a garden bed. Well, the bed is created. 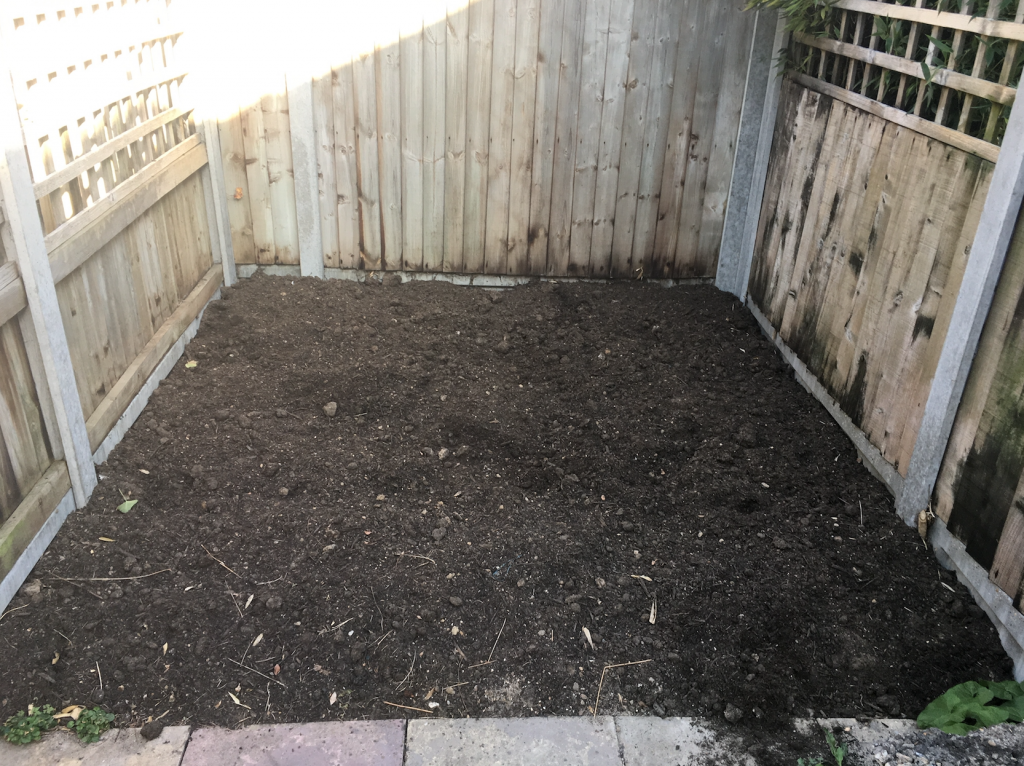 Not only have I made my bed, my neighbour’s pussy is laying in it. Both of them. Regularly. And what are they laying in it?

I spent £200 on East Anglia’s finest top soil, sweated blood carrying it through the house into the back garden, and spent a good deal of time spreading it out, only to have it become a lavatory for every feline in a 500 yard radius.

“You’ve created London’s biggest cat litter tray,” my neighbour said, when I mentioned it, in passing*.

And I really have.

So anyways, I was gettin’ me hairs did and I says to Gary what does me perm. (You know, Gary with the allotment?)… well I says to Gary, “I’ve created London’s biggest cat litter tray” and Gary says…

Two ways to stop cats pooping in your garden

Gary gives me two methods they use down on the allotments at Dollis Hill to stop cats fouling in their garden beds.

The first option is, apparently, to put down plastic containers filled with water.

“They don’t like seeing their reflections in the water and it scares them away,” Gary explained.

“That’s not cats,” I thought. “You’re thinking of vampires, mate.”

What I said was…

“Does that really work?”

“And they use this down on the allotments?” I asked.

“You can put orange peel everywhere, because they don’t like the citrus, so they won’t go there.”

Now, I don’t know if this is true but I trust Gary. He’s been doing my hair for seven years and there’s no relationship outside of a marriage as close as a gay man and his hair stylist. So, despite the fact this sounds like the allotment’s version of telling the apprentice to fetch a left-handed spanner, I’ve done it.

So Saturday morning, before boarding a plane for Australia for two weeks, I peeled five oranges. This is the result. 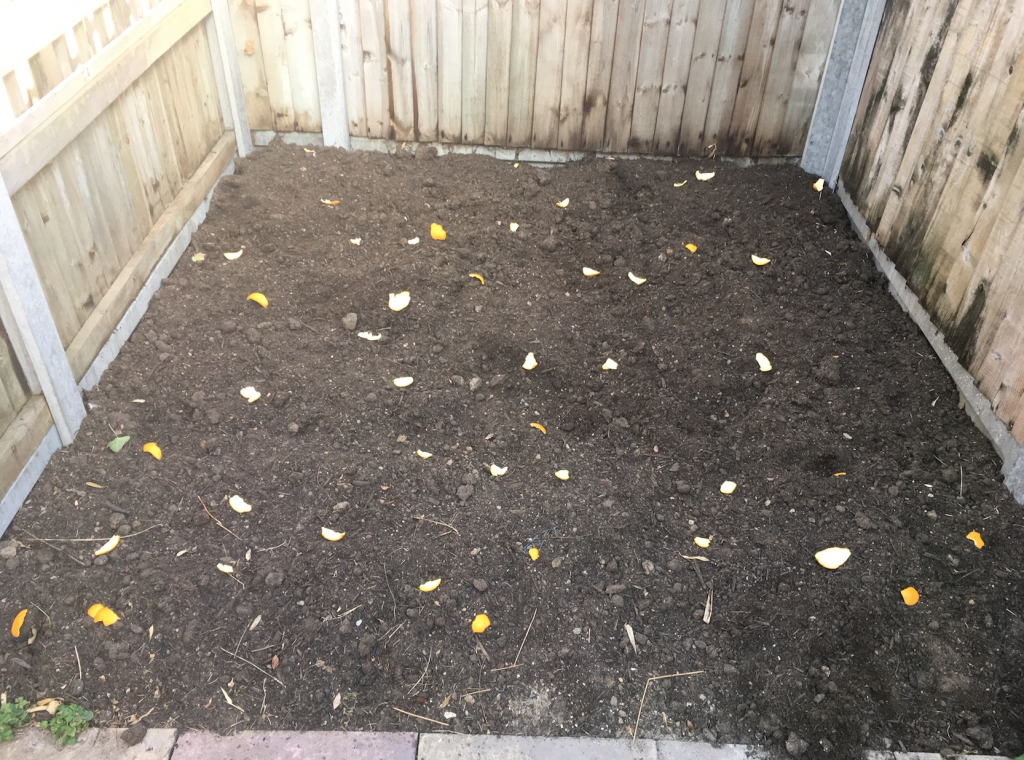 I now own London’s most oddly-decorated cat litter tray. (If someone from Channel 5 is reading this, you can bet Britain’s Most Oddly-Decorated Cat Litter Tray will be a 12-part series narrated by Olivia Coleman by Christmas. It’s about the only idea they haven’t commissioned yet and it’s certainly not too bonkers for them.)

So, I’ll be home in two weeks. I’ll let you know then whether I’ve had any luck with my neighbour’s pussy.

Meanwhile, plans for what will actually go in this garden are bed are firming up. Say tuned!